He passed away at his Holly Hill home in Darliston, Westmoreland, on Sunday morning. 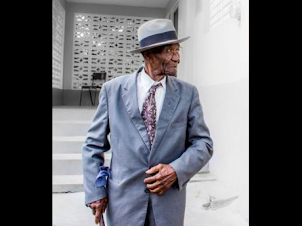 James, affectionately called ‘Maas Tata’, was reportedly born on February 3, 1905, in Darliston. Having celebrated his 115th birthday earlier this year, he was presumed to be possibly the world’s oldest citizen.

Fritz James, one of the super-centenarian’s 10 children, told The Gleaner that his father’s death has left the family a little disappointed because they were unable to verify, through authorised documents, that he was, in fact, the oldest person in Jamaica and the world.

“I can’t understand why they have no record of that. Yes, he is old, but they should have records going back even further than that,” James said, after making enquiries to verify his father’s date of birth at the Registrar General’s Department recently.

The younger James said that his father had fond memories of his childhood, including the passage of the 1912 hurricane that affected Jamaica and Cuba.

“He had told me that in the 1912 storm, he was attending school at the St John’s Anglican Church in Darliston. He would be seven years then, so something adds up there,” said the 80-year-old James. more