WATCH BELOW
Posted by RulaBrownNetwork (RBN) No comments: 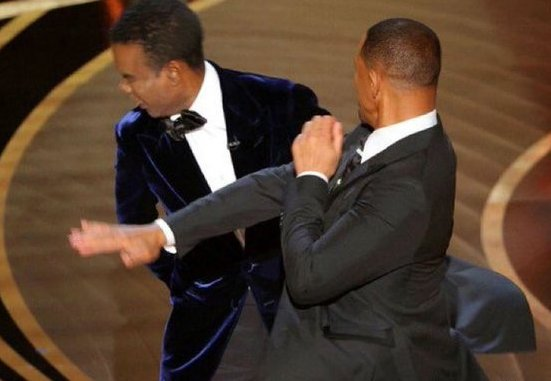 Will Smith punched Chris Rock in the face on stage and walked back to his seat, then shouted out twice...."Keep my wife's name out of your fucking mouth"

MANCHESTER, Jamaica - A senior citizen died as a result of injuries he sustained in a crash in Mike Town, Manchester on Saturday night.

The police have since identified the deceased as 62-year-old Derrick Blackwood, a mechanic and resident of Mike Town.A report from the Constabulary Communications Unit said Blackwood was driving a motor vehicle on Naseberry Street when he lost control of it. The vehicle went off-road into a gully.Firefighters had to be called at 10:00 pm to extricate Blackwood from the mangled vehicle.He was taken to hospital where he was pronounced dead.-Kasey Williams

ST GEORGE'S, Grenada (AP) — West Indies crushed England by 10 wickets in the third and final cricket Test on Sunday to win the series 1-0.

The hosts needed only 4.5 overs on Day 4 to reach the winning target in Grenada. West Indies finished on 28-0 in the second innings after earlier dismissing England for 120.

West Indies captain Kraigg Brathwaite was 20 not out and John Campbell undefeated on 6.

When England resumed on 103-8, it was already on the brink of defeat with a lead of only 10 runs with just two wickets in hand in its second innings. The visitors lasted another 11 overs in the opening session with Kemar Roach (2-10) taking both England wickets — Chris Woakes (19) and Jack Leach (4).

The result means England's failure to win a test series in the Caribbean in 18 years carries on. It is likely to extend the debate over Joe Root's suitability as captain, despite his superb batting form with two centuries in the series.

West Indies enjoyed its first Test series win at home since 2019. That was when England last visited.