Relief, but Briana Williams out.... Briana will be back, says coach


Despite escaping with a public reprimand after her two-day hearing in front of the Independent Anti-Doping Disciplinary Panel (IADP) in Kingston earlier this week, Briana Williams will not make her senior national debut at the 17th International Association of Athletics Federations (IAAF) World Championships in Doha, Qatar tomorrow.

The Jamaica Observer learned yesterday that Jonelle Smith, who had finished fourth in the women's 100m finals at the Jamaica Athletics Administrative Association (JAAA) National Championships that was used as the trials to select the team, has been named to accompany Elaine Thompson and Shelly-Ann Fraser-Pryce.
The first round of the women's 100m is set to be run at 8:30 am Jamaica time tomorrow, the second day of the championships, and last night Williams' coach Ato Boldon said his charge — who was provisionally named by the JAAA — would not make the long trek to the Middle East.
Boldon was asked if, given Smith's selection, his athlete will now compete in the relays.
“Nope,” he replied. “It's okay. She's been exonerated and that's the main thing. She'll be back”.
Yesterday, the IADP ruled that Williams “had established no significant fault or negligence as she was given tablets by her guardian and had no intentions to cheat in her in-competition sprint event on the 21st June, 2019”.
The panel also said it was “referred to article 10.5.1.1 of the Anti-Doping in Sport

Listen To RBN By Phone (Free) 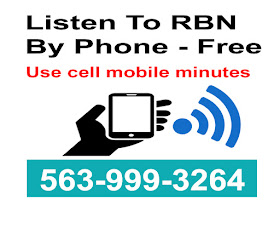